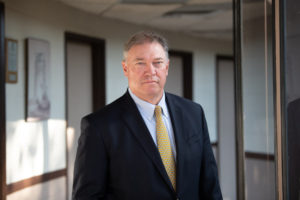 Joe joined Creamer in 1995 as a general superintendent of utilities. He was promoted to vice president in 1997. In 2006, Joe became the first non-Creamer family member to hold the position of president; he added the COO title in 2016.

As President, Joe helped accelerate growth for Creamer, taking annual revenues from about $50 million to more than $500 million. Joe credits a focus on being a solutions-based company and maintain a culture that is marked by a strong work-ethic and selfless approach to customer service key factors in Creamer’s continued growth.

Joe served as President of the Utility and Transportation Contractors Association of New Jersey in 2012-2013 and 2018-2019 and continues to serve as a director with the association. Joe also serves as a Trustee for the Heavy Highway Laborer’s fund local 172/472.